We saw some photos of colossal stone heads from the 1st Century BC on the remote Mount Nemrut so we had to go there. It’s 550km South East from Goreme, a long drive – over 8 hours on good quality roads. We stayed overnight at the delightful family run Isik Pansiyon in the tiny village of Karadut to be able to summit at dawn. The weather was perfect, cold and clear. alaTurka organised our trip.

The summit of Mount Nemrut is 2,134 metres above sea level and contains the tomb of King Antiochus I of the Kingdom of Commagene, which lay between the Eastern (Persian) and Western (Roman) Empires in the 1st century BC. The King thought himself a god, equal to the gods of East and West so built gigantic statues of himself with the gods, each weighing about 6 tons and about 10 metres tall. The King sat with 4 gods, an eagle and a lion at both ends of the row. The heads are now detached from their bodies but even after 2000 years they are well preserved. Similar groups exist on East and West facing terraces. A super human effort must have been required to carry the huge stones up the mountain from the valley below.

Crushed rock pieces from the valley were used to pile over the main tomb chamber in order to create a 50 metre high cone with 150 metre diameter base. This has proven to be effective against grave robbers and has prevented archeologists from accessing the King’s tomb. 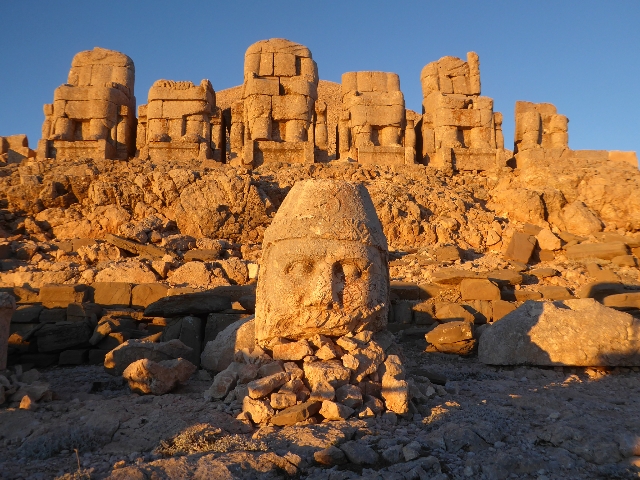 Dawn on Mount Nemrut; the head of Zeus on the ground in front of his body 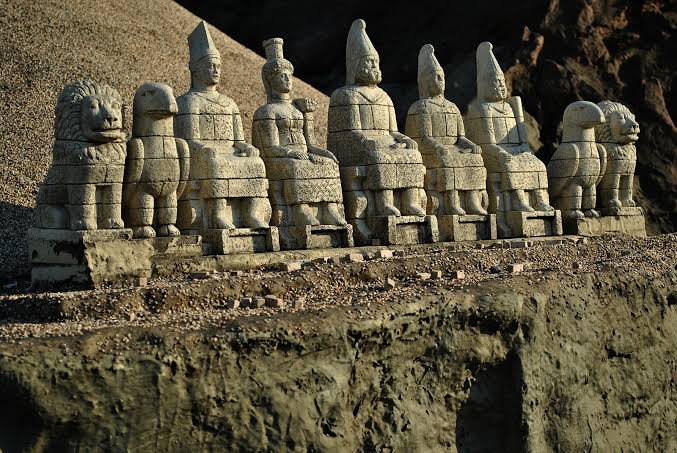 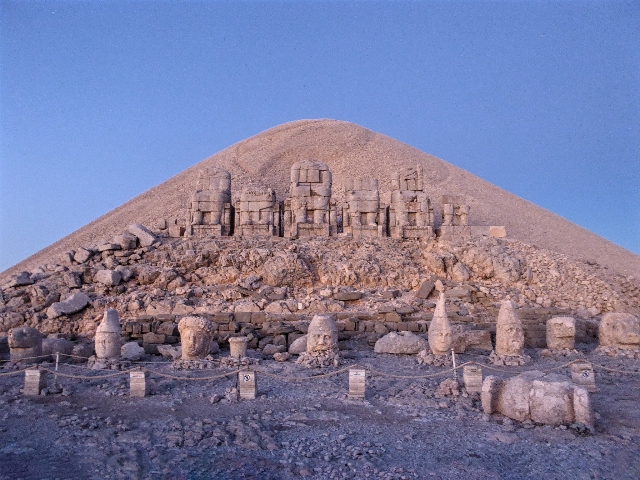 How they look now, with the 50 meter high crushed rock cone covering King Antiochus’s tomb behind 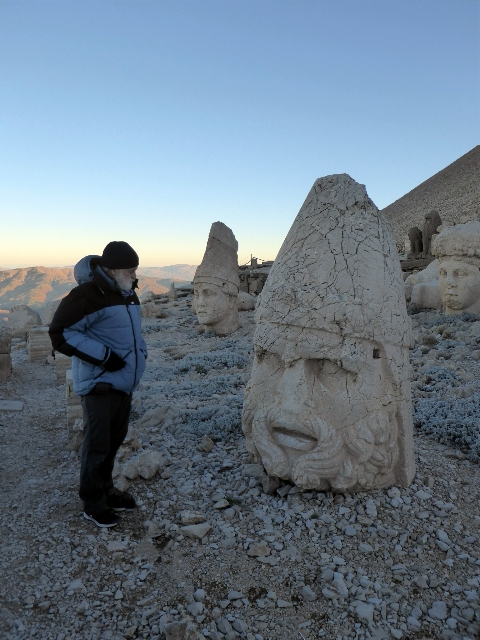 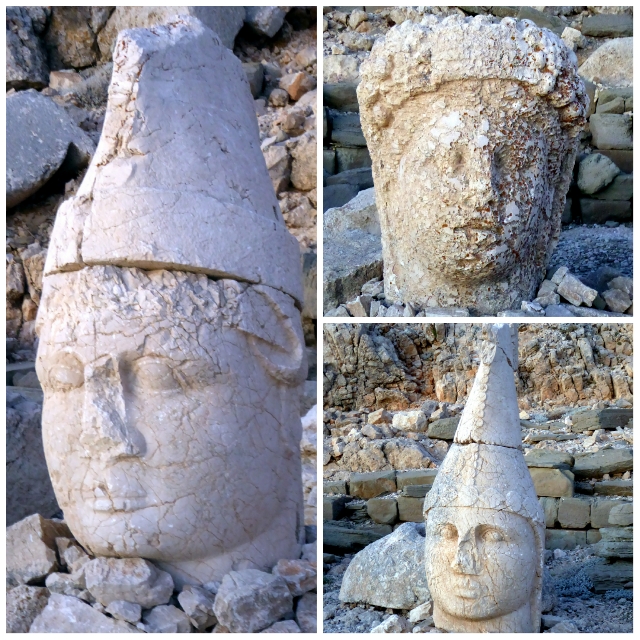 King Antiochus (left) with a goddess and god 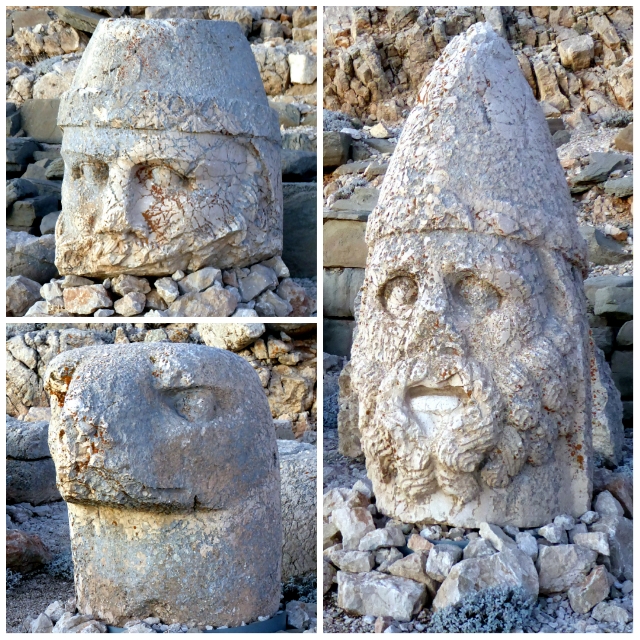 Two gods and an eagle on the Eastern Terrace before sunrise 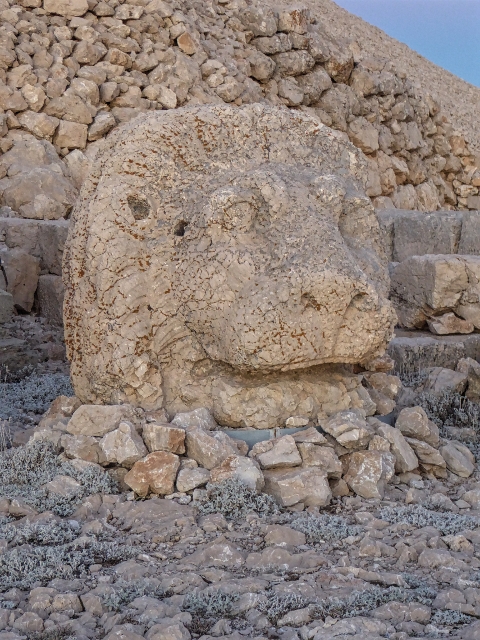 A lion, regarded as the most powerful animal stood with King Antiochus 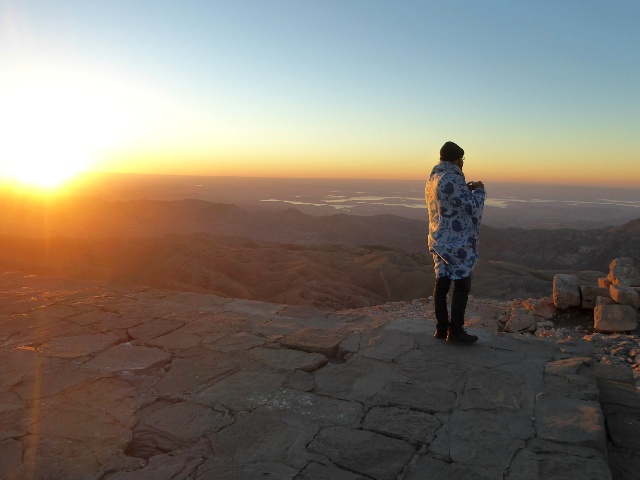 Our guide, Memhut rugged up against the freezing wind stands on the Fire Altar as the sun rises 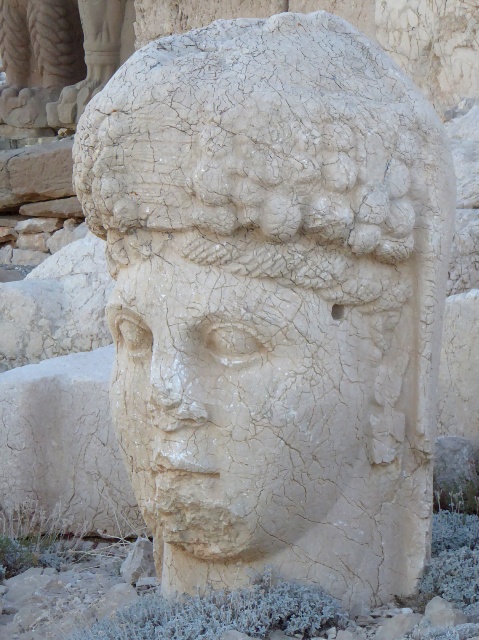 Tyche, the Commagene goddess of fertility is the only female statue 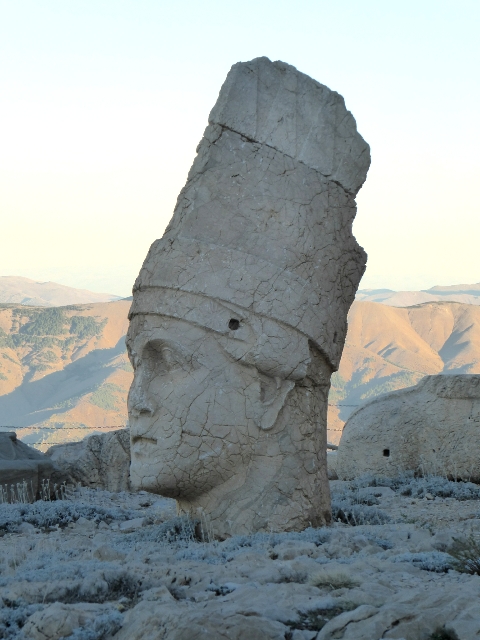 King Antiochus looks out over his domain from the West Terrace 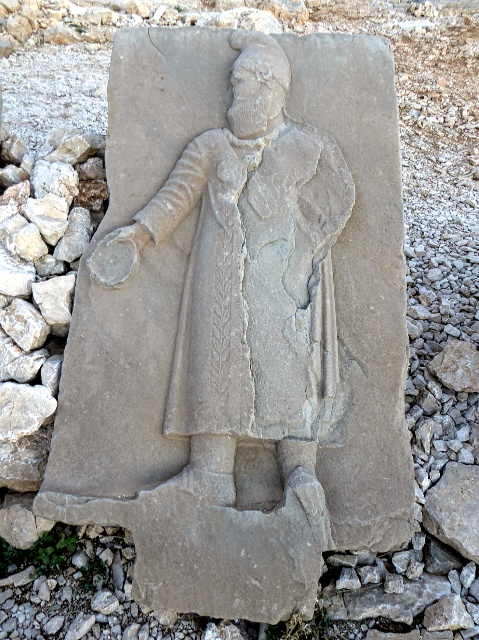